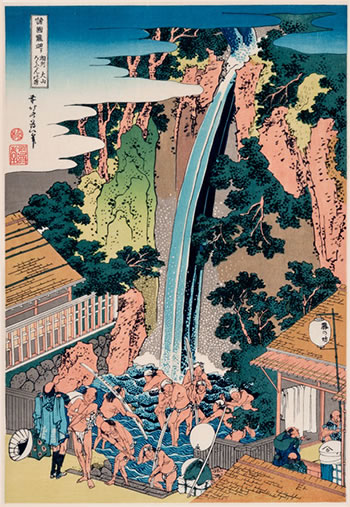 Inflation as a Plus Factor

First, take another look in Part I at the ten key considerations listed for picking investment prints. Assuming you do invest with these points in mind, what factors might overcome the dealer markup and possibly give you or your heirs a profit? The most obvious factor is general price inflation, which works to your advantage in two separate ways. Not only do prices on desirable collectibles usually float upward with inflation, but the cost of doing business for dealers who sell collectibles also rises. That means dealers must raise prices on their print inventory just to cover increasing utility, salary and rent costs among many other increasing costs of doing business.

While you’re probably not a dealer, most of those cost increases work to the advantage of your existing collection all the same. When dealers are compelled to raise print prices the effect is to raise prices on the same or similar prints all across the marketplace. Prints are a global market. So if a Hiroshige Hoeido edition reprint goes from $250 to $300 at a European dealer, your very similar reprint may go up as well, even if not precisely by the same percentage.

True, deflation rather than inflation has been the major concern in recent years. But that may not always be the case, and in any event each print buyer must decide individually which is the more likely scenario going out many years.

But long term inflation isn’t the only factor holding out the possibility of profit. Another is the relationship between supply and demand, and each of these two components can work to your advantage separately.

Let’s take supply first. While the precise number isn’t known, prints were produced in the Edo and Meiji periods (18th and 19th centuries) in staggering quantities—“staggering” when you consider that production was manual rather than automated. Total print production must have run into the millions. Yet it’s estimated that only a tiny fraction of those prints exist today—even fewer if you limit the estimate to prints in good or better condition.

What happened to all those prints? Both natural and human–related disasters are part of the explanation. The great Kanto earthquake of 1923 and related firestorms destroyed print dealer warehousing as well as homes and other businesses. Scale of destruction in Tokyo and Yokohama was horrific. It’s estimated that the earthquake damaged or destroyed well over half a million homes.

Quite apart from the human toll, that earthquake has entered the print world’s lexicon. Dealers and collectors often refer to some of the most valuable original prints by early 20th Century masters as “pre-earthquake,” because it’s so rare to find surviving examples from before the earthquake struck. One measure of your sophistication as a print collector is that you know exactly what they’re talking about when they use that term.

And of course little over a generation later came the fire–bombing destruction wrought in World War II. Taken together with the Kanto earthquake the long-term effect on the domestic Japanese market’s potential print supply is unfathomable.

But even without those disasters the quantity of surviving collectible-quality prints from the 18th and 19th centuries wouldn’t be large. Prints had been abundant in Japan before the virtual Western expropriation (buying up) of available supply by the early 20th Century, and early on could be had for the equivalent of pennies. So there was little incentive for print owners to take preservation measures even assuming the requisite knowledge had been there, which it wasn’t.

It’s ironic that unlike in the Western view, the Japanese themselves did not look upon their prints as “high art.” Often prints were trimmed to fit available spaces for display or storage, a fate which never would have befallen art considered valuable. If wall display led to damage, or fading from exposure to light, prints were easily and cheaply replaced.

It’s also ironic that many great Japanese print collections in museums throughout the world—including in Japan itself—had been acquired and donated by Western collectors. It’s fair to assume that many if not most very high quality Edo-era prints today reside in museums, and therefore aren’t part of the potential floating supply which might otherwise become available on the global print market.

Of course it’s true that there was abundant reprint production in the post-World War II period, which made up for some unknown portion of the loss we’ve been discussing. But most of those prints are devoid of significant appreciation potential. They lack rarity, or the historical reference applicable to their brethren of the late 19th and early 20th centuries.

As if all these investment friendly reasons for vastly reduced investment grade print supply aren’t enough, there are at least two more. First is the unknown number of today’s print buyers who, like buyers in centuries past, are unaware of the special care necessary for print preservation. By ignoring proper care how many of today’s print buyers are unintentionally taking their prints off the market for future generations of buyers?

Even among current collectors who do take care of their prints, how many of their heirs will inherit that knowledge along with inheriting the prints—or will have the interest even assuming they will be left proper care instructions? We can’t know any of those numbers with certainty, but chances are fewer inheritors will have the same level of interest as their benefactors.

And second, the number of traditional Japanese print publishers—along with carvers and printers with requisite skill—has shrunk drastically according to one major American dealer very much in a position to know.

So clearly investment grade supply is minimal compared to original production, and in all likelihood will continue to shrink. But what about demand? Here we are in the realm of speculation. But there are some things we can say. One, Japanese prints as a genre are world-class art. Two, because they were not produced as unique works of art but in multiple “copies,” Japanese prints are far more affordable than Western art of comparable quality and significance. This is true of print originals, but all the more so of reprints.

A Summing Up and Conclusion

Let’s sum up. Investment-grade supply relative to original production is low and shrinking. Demand is a reasonable bet to increase. Normally this is a powerful positive combination when considering an investment. So should you buy Japanese prints for investment?

Here we must come back to the very first paragraph in Part I, “The answer almost invariably is—don’t do it.” The fact that the vast majority of Japanese prints ever produced no longer exists is offset by something equally important—prices of prints currently on the market already account for that fact. Put another way, facts laid out in this article have long since been recognized by, and discounted in, the Japanese print market. Yes, prospects for long-term inflation and shrinking investment-grade print supply could favor investors. But the dealer markup combined with normal physical risk to prints in your house—along with risk of changing market taste—may well be too high a hurdle to overcome.

Conclusion: Buy Japanese prints because they can enrich your life immensely. If you’re going to buy for investment, have a very long term time horizon—measured in decades, not years. Or hope that your children or grandchildren will realize any profit which may materialize. 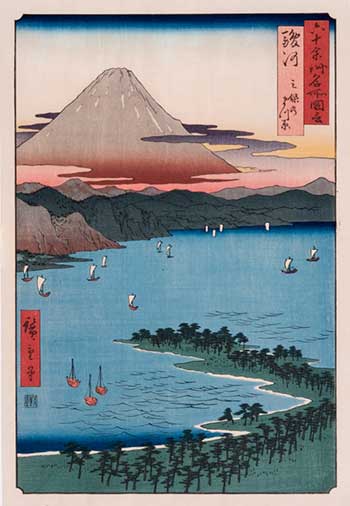