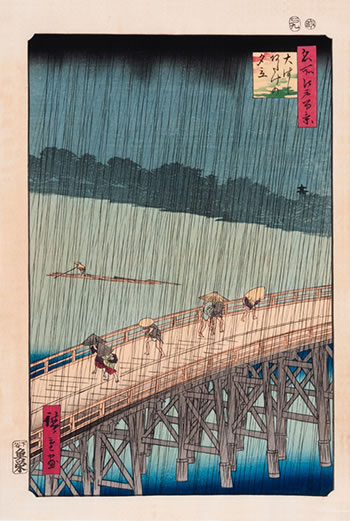 A well-written, readable history of Japan beginning with the early Edo era of the Tokugawa shoguns. The lives of everyday people are a major strand running through the narrative. The majority of this book is devoted to the Meiji era (1868-1912) on into the 20th Century and up through the Pacific War (as the Pacific Theater of World War II is called by scholars). The book is not at all pedantic and is highly recommended for those wishing for a serious but readable Japanese history. That said, this book is limited to the last 400 years. So also consider the book next in line for an understanding of Japan’s history all the way back to its origins.

Excellent, readable survey of Japanese history from its earliest times to the present, in 295 pages of text. Where the previous book is fairly comprehensive in covering modern Japanese history, this volume should be considered only an introduction, though it’s a fine one. Includes a very useful glossary and timeline chart of Japanese history. Read both books and you’ll have an excellent overview of Japanese history that will serve as a foundation for further reading beyond purely historical topics.

It helps to be a history buff when reading Giles Milton’s book but anyone who loves an adventure story should be well satisfied with this superb piece of writing. As it happens, the story is more than just adventure. It’s what really happened when 16th and early 17th century European missionaries and merchant traders set sail for Southeast Asia and Japan. Key actors in this mostly Elizabethan-age drama wrote letters and kept journals, many of which survived to become original source material for Milton to draw on.

English navigator and adventurer William Adams is the thread running through much of the story. Born in poverty, he rose to become a highly skilled navigator and in 1598 was chosen by Dutch merchant financiers to pilot a fleet of ships to the East Indies. After Adams’s starving and greatly reduced crew ultimately ended up in Japan some two years after sailing from Rotterdam, it was those navigation skills and ability to explain what was then known of global geography that initially earned Adams the trust of Japanese warlord Tokugawa Ieyasu.

Under Ieyasu’s protection from Jesuit missionaries in Japan (who wanted the English Protestant heretic killed), Adams set about learning Japan’s difficult language and customs. He succeeded all too well, to the point where Ieyasu’s reliance on this knowledgeable foreigner prevented him from returning home on any English ship which might suddenly appear in Japanese waters. After a time, Adams rose so far in Ieyasu’s esteem that he was elevated to samurai, with all the trappings befitting that high estate.

Added to the myriad problems afflicting long distance sea travel in those days were the daunting challenges of long distance commerce. True, profits from trade with the East could be immense. But so were the risks. British and Dutch competition for trading rights in Eastern lands both great and small could turn deadly.

But even civilized competition was no protection against financial ruin owing to pigheaded judgment or the plain and simple greed of management, either back home or based in intermediate ports. Top managers (“factors” in contemporary lingo) were perfectly capable of shipping unwanted and thus unsalable goods to their Japanese warehouses - against specific advice from agents in country. Milton’s story includes examples of all these hazards.

In the hands of a lesser writer this material might have become a pedantic bore. But Giles Milton has the knack. You could do a lot worse than spend a few evenings letting him transport you back to East Asia four centuries ago - to a time when instructions from the home office could take a year or two to arrive.

This book is a semi-biographical history of the creation and early years of the Meiji state, which lasted from 1868 to the Meiji Emperor’s death in 1912. The biographical narrative picks up steam after lengthy but interesting introductory material, and relates to Saigo Takamori—sometimes known as “The Last Samurai.” Saigo was born into a low-ranking samurai family in the Satsuma domain (at the southwestern tip of Japan proper, on the island of Kyushu). He rose to become a key figure in the quasi-revolution which ended 265 years of shogunal rule and restored the Emperor to power (the “Meiji Restoration”). Ironically, Saigo’s life was ended by the very Imperial army he helped create.

The story of Saigo is important to understanding Japanese history in the second half of the 19th Century, and the author covers aspects of Saigo’s life which generalized histories may omit—in favor of total focus on his key role in the 1877 Satsuma Rebellion. Saigo met his end in that rebellion, which was the last gasp of protest against a modernizing Meiji state.

But it is the Satsuma Rebellion—the Meiji war against Satsuma samurai who refused to accept the new order—for which Saigo is best known. The great irony of this brief war is that the samurai rebels revered the emperor whose troops they fought. Their goal was a reversal of policies for which they blamed the emperor’s advisors rather than the emperor himself.

The Satsuma Rebellion handed the Imperial Army an opportunity to test its real-world capabilities on a significant scale for the first time, and it was not found wanting. Contrary to Satsuma samurai expectations, the emperor’s new, largely conscript army with its Western weaponry and far superior numbers crushed the rebellion. Overwhelming success in this war emboldened the government, and foreshadowed the aggressive, imperialist moves which lay in the decades to come. But in one more irony, the war made Saigo as rebel a revered figure throughout Japan. The author devotes his last chapter to explaining how that came about. But anyone who knows the 47 Ronin story (see Chushingura under “Books – Literature” in these reviews) will readily understand how a heroic, selfless “traitor” can attain mythic status in Japan.

John Man’s excellent explanation of the Satsuma Rebellion’s genesis, along with that of the earlier, little-known but significant Boshin War, are, in my view, his major contributions to readers interested in the Meiji Era. His blow-by-blow account of the rebellion’s battles may be of more interest to military enthusiasts than to the general reader.

Much of the material in this book is adequately covered elsewhere, but I’ll give the author this: he writes with a degree of clarity which shows unusual respect for his readers. This volume is well worth reading for its concise but meticulous account of the pivotal events which are its focus.